The song of January: Photograph 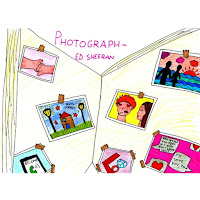 We keep this love in a photograph
We made these memories for ourselves
Where our eyes are never closing
Hearts are never broken
And time's forever frozen, still

We keep this love in a photograph
We made these memories for ourselves
Where our eyes are never closing
Hearts were never broken
And time's forever frozen, still

Oh, you can fit me
Inside the necklace you got when you were sixteen
Next to your heartbeat where I should be
Keep it deep within your soul


And if you hurt me
That's okay baby, only words bleed
Inside these pages you just hold me
And I won’t ever let you go

When I'm away, I will remember how you kissed me
Under the lamppost back on Sixth street
Hearing you whisper through the phone
Wait for me to come home 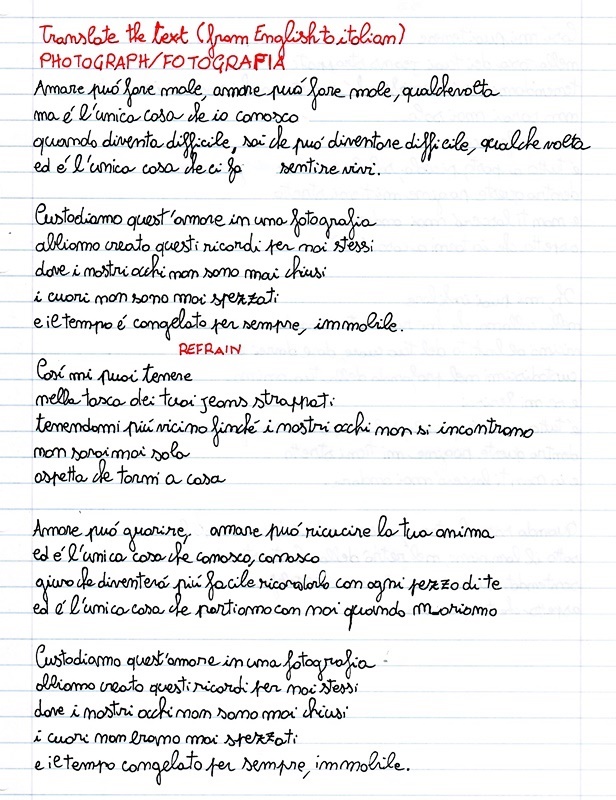 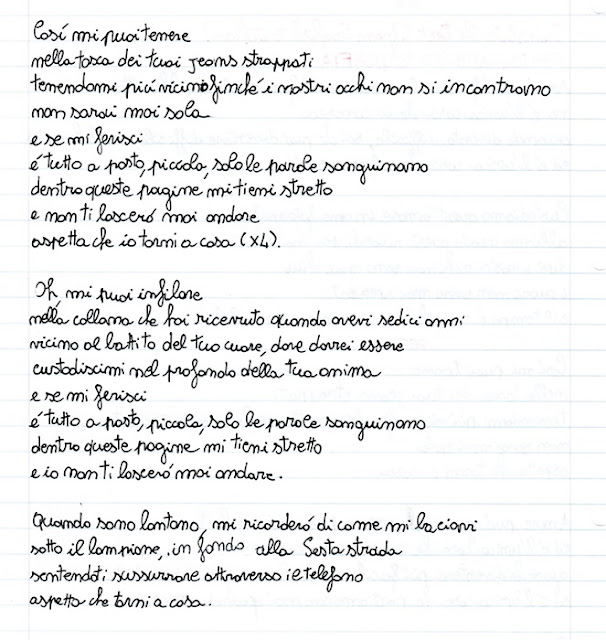 "Photograph" is a song recorded by the English singer-songwriter Ed Sheeran, for his second studio album, × (2014). The ballad derives its music primarily from an acoustic guitar, piano and programmed drums. With visually descriptive lyrics, it discusses a long-distance relationship inspired by Sheeran's own experience of being away from his then-girlfriend while he was on tour.
The song received generally positive commentary from critics, who noted the lyrics and Sheeran's use of imagery. "Photograph" served as the fifth and final single from the album. It reached the top five on the main singles charts in more than five countries. In the US, where it peaked at No. 10, "Photograph" became the third single from the album to have reached within the top ten. In the UK, it reached No. 15 and has since been certified platinum for sales of 600,000 units. The single has also been certified double platinum in Australia and Canada, and platinum in New Zealand and Italy.
The single's release on 11 May 2015 followed the premiere of the music video on 9 May 2015. The video is a montage of real home footage of Sheeran's infancy, childhood and adolescence, providing insight on his private early life such as his inclination to playing music instruments and fondness of Lego. The video was nominated for Best Video at the 2016 Brit Awards. Ed Sheeran wrote "Photograph" in May 2012 with Johnny McDaid, instrumentalist and background vocalist of the British band Snow Patrol. The song's development began when Sheeran, while in a hotel room in Kansas City, was humming "loving can hurt, loving can hurt" to the loop that was playing on McDaid's laptop. Sheeran recalled: "I started humming, and then [McDaid] put a beat behind it.".
They developed ideas for the song while Sheeran was building a Lego and McDaid was working on his laptop. After four hours, Sheeran picked up a guitar and they began properly structuring the composition. According to Sheeran, they ended up composing the song "within about half an hour". Both realized what had transpired only after listening back to the song the following day; they then decided on recording it. Sheeran completed writing the song while in Denver, Colorado.
Sheeran credited "Photograph" as the first record "properly" completed for his second studio album. According to him, he had "probably" recorded 60 to 70 versions of the song; these varied from live to that with piano accompaniment.. However, Sheeran thought these versions "never fit".

An acoustic pop ballad, "Photograph" derives its music from an acoustic guitar, piano, strings, organ, electric and bass guitar, and programmed drums. The lyrics to the song chronicle a long-distance relationship. It contains detailed imagery such as the protagonist remembering his girlfriend kissing him "under the lamppost, back on 6th street", and keeping a picture of him "in the pocket of [her] ripped jeans". These lyrics were inspired by Sheeran's own experience on a long-distance relationship. He dated Nina Nesbitt,[4] a Scottish singer/songwriter, for more than a year. While on this relationship, Sheeran spent five months away from Nesbitt: three months while on a concert tour with Snow Patrol and further two months on his own tour. At his concert in Kansas City on June 29, 2017, Sheeran noted that he wrote the song Photograph at Kansas City's Intercontinental Hotel during a previous tour.

An accompanying music video for "Photograph" was released on 9 May 2015. The video is a montage of real home footage. Sheeran sourced the clips from his father, who was then compiling it into DVDs for their family Christmas present. He initially intended the clips for inclusion in a documentary that was being produced around that time; but looking through the collection, he thought it might work for a music video. Sheeran also admitted he could not attend to an actual video shoot, hence he opted for the montage. Emil Nava, who had previously worked with Sheeran on his other promotional music videos, directed "Photograph". Editor Ellie Johnson worked with Sheeran's father while in central London. According to Johnson, they spent a weekend gathering the clips used in the montage.
The montage chronicles Sheeran's infancy, childhood and adolescence (1990s and 2000s). It features Sheeran playing various music instruments (including piano, cello, bass guitar, acoustic and drums), suggesting that he was musically inclined at a young age. He is also shown displaying his skill in Bodhrán, an Irish frame drum. Other footage depicts a teen Sheeran busking in Galway, Ireland. In another clip before the final, Sheeran is shown performing to a crowd at a festival. Daniel Kreps of Rolling Stone noted that the clips also revealed Sheeran's "lifelong obsession with Legos", an object the latter referenced on his 2011 single "Lego House".
According to Ryan Book of the Music Times, the media form utilized in the montage contradicted the song's title. 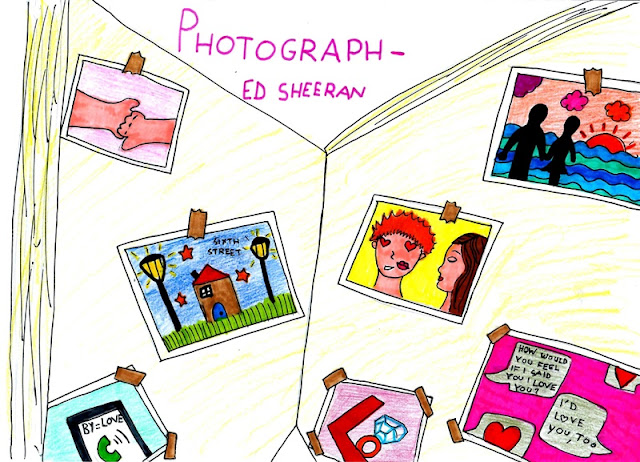 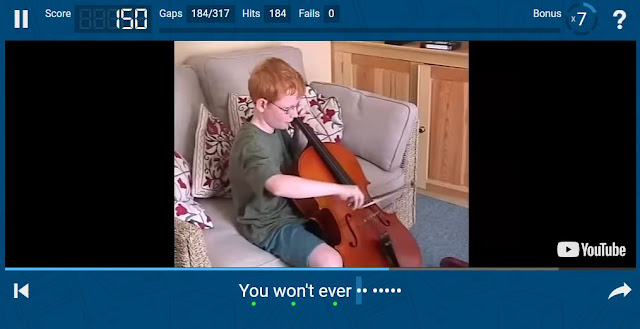