The song of September: Colors of the wind 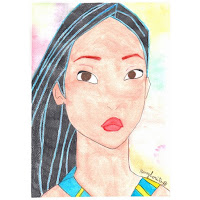 
And you've been so many places


I guess it must be so


But still I cannot see
If the savage one is me
How can there be so much that you don't know?
You don't know...


You think you own whatever land you land on


The Earth is just a dead thing you can claim


But I know every rock and tree and creature


Has a life, has a spirit, has a name
You think the only people who are people


Are the people who look and think like you


But if you walk the footsteps of a stranger


Or asked the grinning bobcat why he grinned?


Can you sing with all the voices of the mountain?


Come, run the hidden pine trails of the forest


Come, taste the sun-sweet berries of the earth


Come, roll in all the riches all around you


And for once, never wonder what they're worth
The rainstorm and the river are my brothers


The heron and the otter are my friends


And we are all connected to each other,


In a circle, in a hoop that never ends
How hight does the sycamore grow?
If you cut it down, then you’ll never know.


We just sing with all the voices of the mountain


Need to paint with all the colors of the wind.

You can own the earth and still


All you'll own is earth until


You can paint with all the colors of the wind. 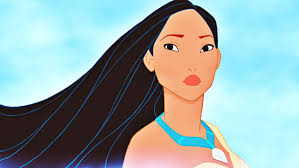 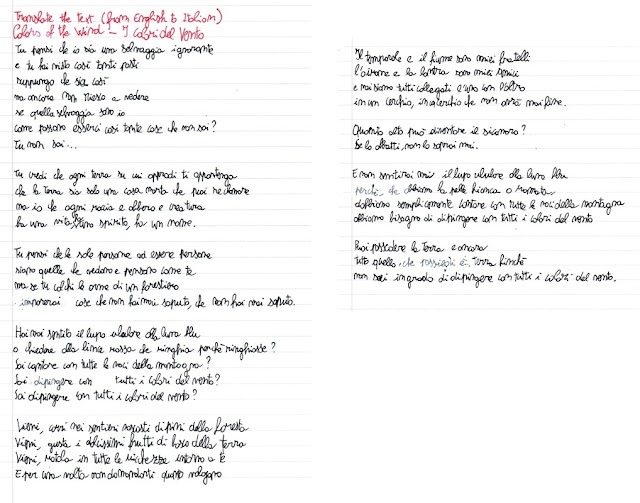 "Colors of the wind" is a song written by lyricist Stephen Schwartz and composer Alan Menken for Walt Disney Pictures' 33rd animated feature film Pocahontas (1995). The film's theme song, "Colors of the Wind", was originally recorded by American singer and actress Judy Kuhn in her role as the singing voice of Pocahontas. American recording artist Vanessa Williams' cover of the song was released as the lead single from the film's soundtrack on March 23, 1995.

A pop ballad, the song's lyrics speak of respecting nature and living in harmony with the Earth's creatures. The song poetically presents the Native American viewpoint that the earth is a living entity where humankind is connected to everything in nature.
This song is Pocahontas' exhortation to Captain John Smith about the wonders of the earth and nature, including the spirit within all living things, encouraging him not to think of them as things he can conquer or own, but rather as beings to respect and live with in harmony. She also urges him to accept humans who are different in appearance and culture and to learn from them.
For some critics, the song is a "stirring anthem/hymn to animism".
"Colors of the Wind" won the Academy Award for Best Original Song  in 1995. It also won the Golden Globe in the same category as well as the Grammy Award for Best Song Written for a Movie. 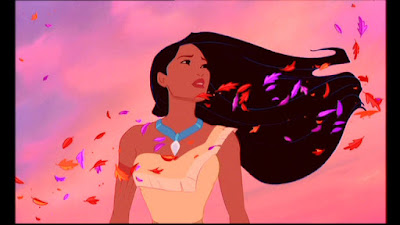 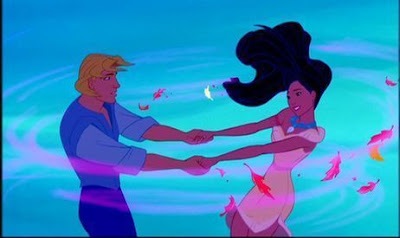 Curiosity: What is “the blue corn moon” in the movie "Pocahontas?"

The blue corn moon referred to in the song "Colors of the Wind" from "Pocahontas" is a fictitious concept and does not refer to any particular moon phase. The concepts of “blue moon” and “full corn moon” do exist and refer to different types of full moons occurring at various times of the year.
A “blue moon” is a full moon that occurs a second time within a calendar month. A full moon usually occurs once every 28 days in the normal cycle of the moon. When a full moon occurs between the first and third of a month, there will be another full moon within the same month, occurring 28 days later between the 29th and 31st. This will be the blue moon.
A “full corn moon” occurs in September and sometimes early October. It is usually attributed to Native Americans because they often harvested corn during this time. The full corn moon rises close to the autumn equinox and marks the time for gathering winter stores. Because this moon provided a bright light well into the night, it allowed for more harvest time. The harvesting of fields cleared the landscape for easier hunting and the collecting of meats for winter storage.
The Cherokee Indians, who resided in North and South Carolina, referred to the July full moon as a green corn moon, signifying corn that had not ripened.
The phrase "blue corn moon" has no actual meaning in Native American folklore. It was made up by lyricist Stephen Schwartz because he liked the sound of it, being inspired by a Native American love poem that read "I will come to you in the moon of green corn". 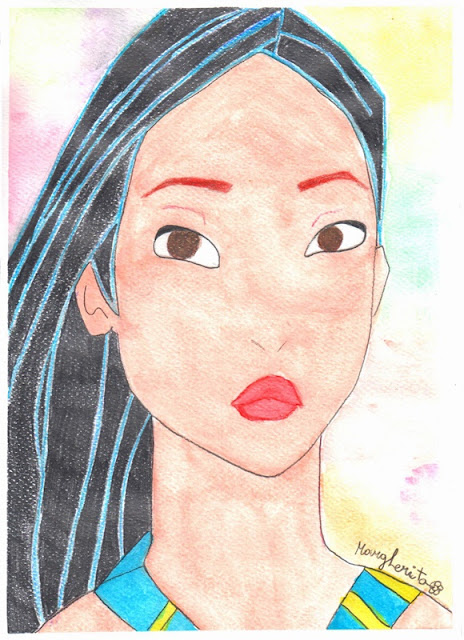